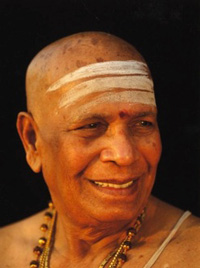 It has its roots in an ancient text called the Yoga Korunta, written by Vamana Rishi. This text was imparted to Sri T. Krishnamacharya in the early 1900’s by his guru, Rama Mohan Brahmachari. It was later passed down to Pattabhi Jois during the duration of his studies with Krishnamacharya, beginning in 1927.

In the practice of Ashtanga Vinyasa Yoga, breath is united with movement and attention to create a meditative and purifying style of yoga. When practiced for a long and continuous duration, physical and mental afflictions dissolve, vibrant health and Self-awareness arise. Ashtanga Vinyasa Yoga is the source of most all vinyasa, power and flow style yogas that are popular in the West today.

Mysore-Style Ashtanga Yoga is a traditional method of practice in which students practice at their individual pace while being supervised and adjusted by the teacher. New postures are taught sequentially to the student as individual strength, proficiency, commitment and humility evolve.

Led class formats are also common, in which the teacher will lead a group of students through the traditional sequence of postures. In this format, students are moving and breathing in unison.

Students of all levels are encouraged to travel to Mysore for practice to experience the essence of the tradition. For more information on the Mysore Institute, click here.

Ashtanga Yoga is the eight-limbed path of conscious living and spiritual practice that guides one towards Self-Knowledge, liberation and cessation of personal suffering. It is presented in the Yoga Sutras which was compiled around 200 BCE by the great sage Patanjali.

The Eight Limbs are as follows: